You are here: Home / General / Containing Noise from Pubs & Nightclubs 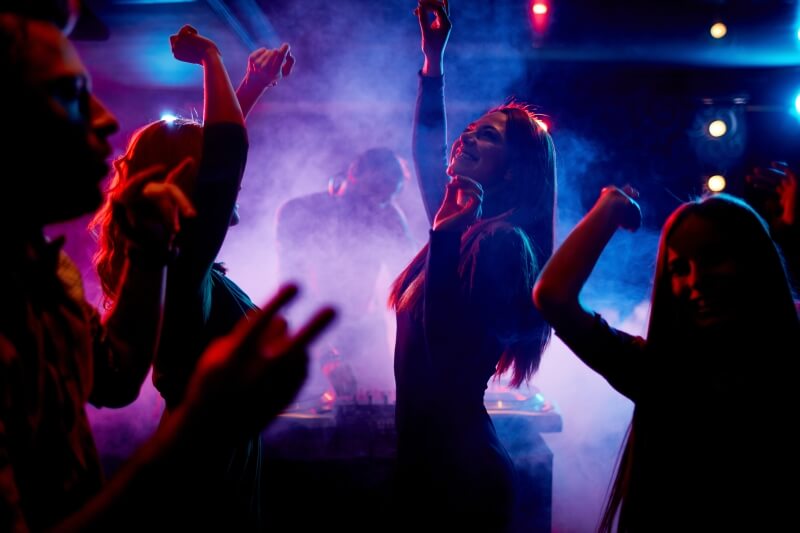 I’ve heard it said that Vancouver is a no fun city. As a relatively new immigrant from London UK, who is used to pubs closing around 11pm, I find this attitude a little hard to understand. However, one thing I have noticed since working here in the field of acoustic consultancy is how noise regulation in this city is less onerous than it is in London. Vancouver appears to be a city with lower levels of noise regulation.

In London, much the same as in the Lower Mainland, pubs and clubs are controlled by liquor licensing laws enforced by local government.

In London, much the same as in the Lower Mainland, pubs and clubs are controlled by liquor licensing laws enforced by local government. If a licensed premises features amplified music, such as that played by dee-jays, or resulting from live music, then the local authority (municipality) will typically have in place a noise control policy for entertainment venue development. Typically, a noise control policy, such as the Supplementary Planning Document adopted with the Local Development Framework for the Royal Borough of Kensington & Chelsea, will prevent any increase in the night-time level of background noise measured in any third octave frequency band measured at a dwelling. This condition applies to situations not only where the licensed premises does not share the same building as the noise sensitive location, but also where there is a structural connection between the two. In the latter case, the aforementioned noise policy also applies during the day-time.

The current trend in pubs and clubs is for dance music with a very high level of bass. The type of clause referred to above aims at ensuring that the low frequency music components associated with heavy bass are 10dB below the background noise level, and are therefore for all intents and purposes inaudible. This is an extremely difficult condition to meet. In practice, where residential dwellings are located either above or adjacent to premises featuring loud music, it would mean that the entertainment venue would need to be built as a box-in-box construction, such as that typically seen in broadcast or recording studios.

There are also clauses within Canadian Municipal Bylaws, such as in the Ottawa Noise Bylaw, that seek to preserve the peace and comfort of any person in a residence or place of business as a consequence of any person operating sound reproduction or amplification devices.

In Vancouver, the City Noise Control Bylaw 6555 contains a number of clauses that apply to pubs and clubs.

In Vancouver, the City Noise Control Bylaw 6555 contains a number of clauses that apply to pubs and clubs. The most onerous of these is that the level of noise originating from the entertainment venue received in a bedroom or living room of a dwelling sharing a common partition with the commercial premises is no higher than 55 dBC. This level of noise is broadly similar to the level of traffic noise audible in a downtown dwelling close to a relatively busy street. This condition provides some protection to the occupants of residential suite, but does not result in inaudibility, or anything close. The bass beat will still be clearly audible.  However, as it stands the venue is obliged to do no more than to comply with the 55 dBC noise limit.

Over the past five years or so, the City Licensing Department has required an acoustic assessment for the operation of extended hour’s liquor establishments, new premises and pubs re-focussing as music venues. This assessment must address the relevant clauses of the noise bylaw, and to qualify for the extended hours license, it has to demonstrate that noise transmission from the premises to an adjacent dwelling does not exceed 55 dBC. For most of the venues applying for this extension in hours, meeting 55 dBC requires the installation of an heavy dropped ceiling in the venue to help control noise transmission to suites above. It may also require that the maximum output of the sound system is limited by using a form of noise limiter – either an electronic or software based compression system.

In Vancouver, a significant proportion of licensed establishments are housed in buildings which were originally cheap hotels with boarding rooms above. The pubs now invariably play music at levels of between 105 and 110 dBC. What were boarding rooms now tend to be SRO’s (Single Room Occupancies) or low-cost hotel rooms inhabited by people with little disposable income. If no extended hours application is made, then it is not incumbent on the licensed premises to demonstrate that it is compliant with the Noise Control Bylaw. As a consequence, many of the SRO’s or hotel rooms are subject to high noise levels until 1am or 2am. Nevertheless, if complaints are received in relation to noise emissions from a pub or club, the City will require the premises to seek advice from an acoustic consultant for the purpose of complying with the bylaw.

So, Vancouver is a city where there is only partial noise protection for residents who share a building with a licensed premises as only those with extended hours need demonstrate compliance. The quantitative bylaw limit is in effect less restrictive than qualitative clauses contained within noise bylaws in other Canadian municipalities and the quantitative noise criteria contained in planning legislation in the UK.